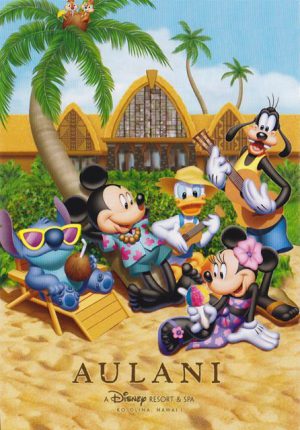 When guests enter the Maka‘ala Lobby at Aulani, a Disney Resort & Spa, one of their first impressions will be of the music they hear, specially written and recorded for the resort by one of Hawai‘i’s most popular singers and songwriters, Keali‘i Reichel, and Grammy Award-winning composer Mark Mancina. Keali‘i is an award-winning kumu hula (hula teacher), and his involvement is one of the many ways Aulani strives to recognize and embrace Hawaiian culture, current as well as traditional. Mark is well known for his acclaimed work on “The Lion King,” “Tarzan,” “Brother Bear” and numerous other film scores.